The first Abundant Life Retreat was in the Fall of 1986. It was originally organized as a retreat for small group leaders. The goal was to provide a place for these leaders to unplug and spend some extended quiet time with God. It quickly became obvious that the Lord had bigger plans than just a one-time event for ministry leaders. The decision was made to do it again the following year, but to open it up to whomever would like to attend. That was over 30 years ago!

ALR has been going strong ever since. God has placed within each of us a desire to know Him better -- and one of the best ways to do that is through the discipline of silence. 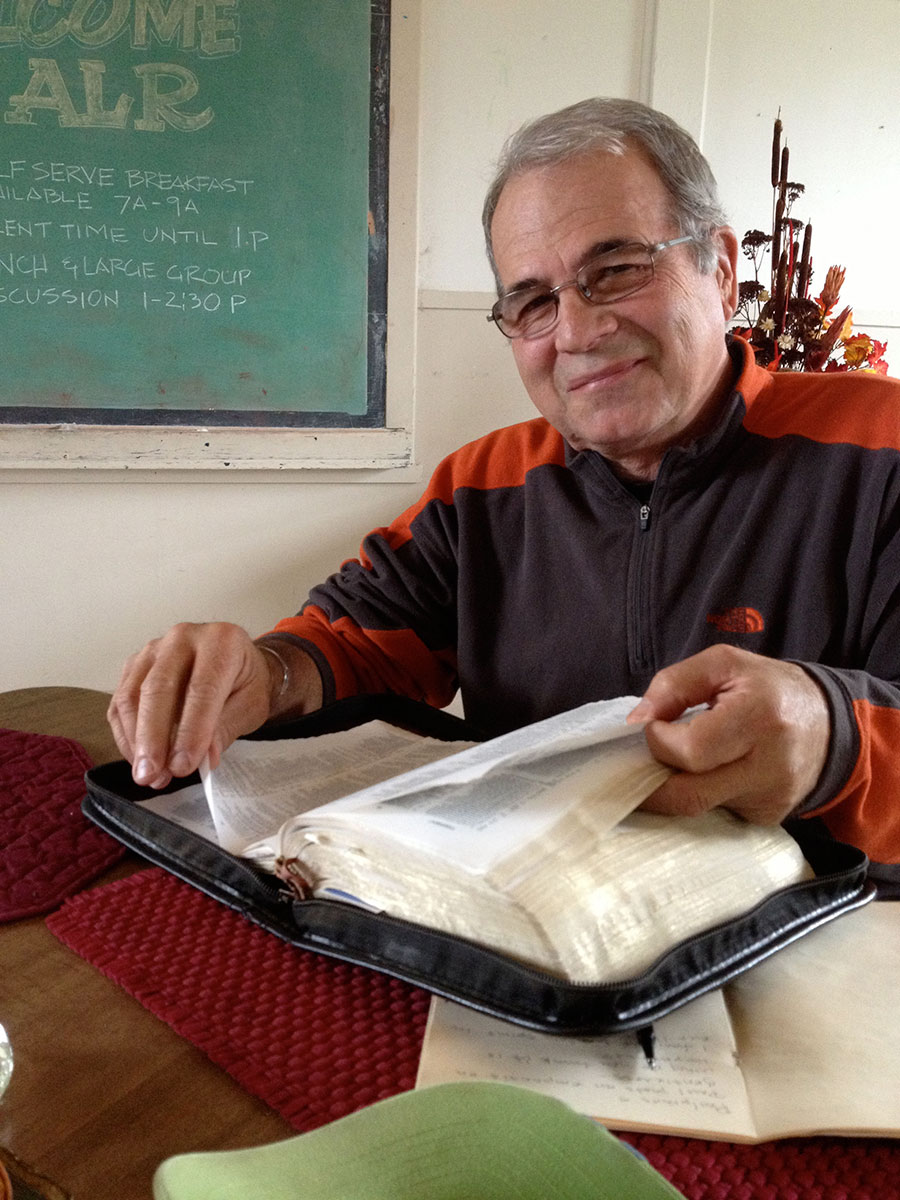 Steve Schell, the man who started it all.

Why We Do This

ALR is run entirely by volunteers -- some of whom have been doing this since that first year in 1986. Those that are long-time ALR attendees will tell you that they never get tired of it and that God always has something fresh to give them when they take the time to wait on Him. Silence and solitude are one of the best ways to empty ourselves so that He can fill us up and reveal Himself to us in a deeper way. In the words of Brother Lawrence:

"I know that for the right practice the heart must be empty of all other things; because God will possess the heart alone; and as He cannot possess it alone, without emptying it of all else besides, so neither can He act there and do in it what He pleases, unless it be left vacant to Him"

The retreat is attended by people from all walks of life -- couples and singles, young and old, those serious about God and those just curious. Jesus meets each one in a very personal way -- exactly at their point of need -- and it's rare to hear of an individual leaving the retreat disappointed. Really, you'll get as much out of it as you're willing to put into it. As you take steps to come closer to God, He will come closer to you. (Proverbs 8:17)