Fort Flagler State Park is made up of 784 acres of forest and open areas surrounded on three sides by 19,000 feet of shoreline. The park rests on a high bluff overlooking Puget Sound, with views of the Olympics, the Cascade Mountains and Port Townsend. ALR participants stay Camp Richmond -- one of the many historic buildings remaining at this 19th century military fort.

Fort Flagler, along with the heavy batteries of Fort Worden and Fort Casey, once guarded nautical entrance to Puget Sound. These posts, established in the late 1890's, became the first line of a fortification system designed to prevent a hostile fleet from reaching such targets as the Bremerton Naval Yard and the cities of Seattle, Tacoma and Everett. Construction began in 1897 and continued in one form or another until the fort was closed in 1953. The property was purchased as a state park in 1955. Fort Flagler is named after Brigadier General Daniel Webster Flagler.

Additional information can be found by visiting these Web sites: 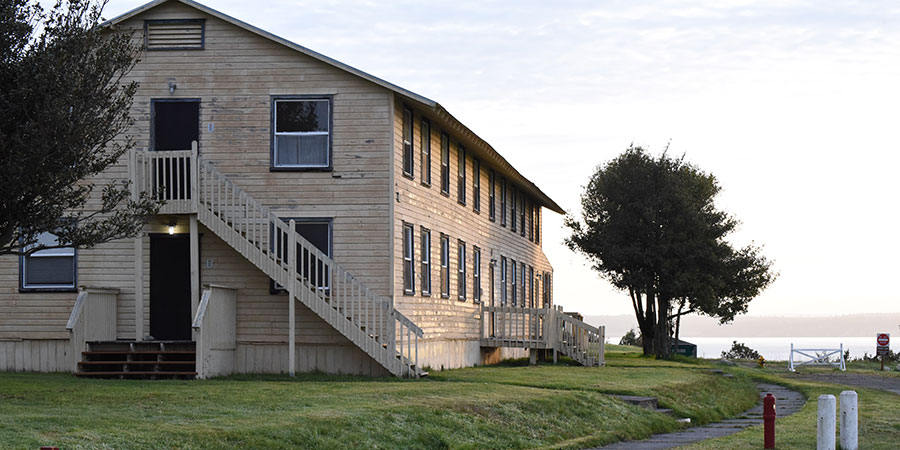 Our lodging is in Camp Richmond, one of the former barracks buildings at Fort Flager 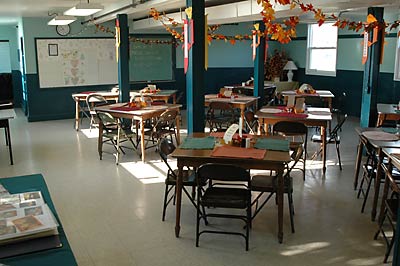 The dining hall in Camp Richmond 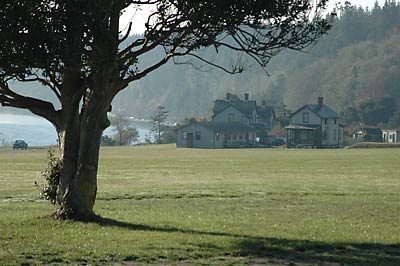 We've found Fort Flagler to be an awesome setting for a silent retreat -- isolated from the hectic pace of life, it's the perfect combination of peace, serenity and scenic beauty.